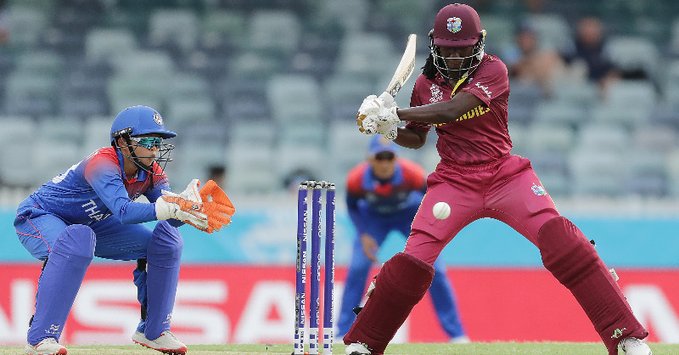 West Indies, the 2016 world cup winner, defeated Thailand by 7 wickets in the 2nd match of the world cup on Saturday. West Indies captain Stephanie Taylor was awarded with the man of the match for her all-round performance. She scored 26 runs with 3 wickets in the match. The Thailand team is playing the T20 World Cup for the first time.

Thailand team won the toss and choose to bat first. The team scored just 78 runs with the loss of 9 wickets in 20 overs. Wicketkeeper Nannapat Koncharoenkai (33) and Naruemol Chawai (13) scored from her side. The remaining seven batsmen could not even cross the double figures. For the West Indies, Captain Taylor took 3 wickets by giving just 13 runs in 3 overs.

The West Indies started off chasing the target. Within 27 runs, the three batsmen of the team returned to the pavilion. After this, Captain Taylor and Sheman Campbell shared the victory for the team by scoring more than 50 runs for the 4th wicket.

Did not bat: Soraya Lateh