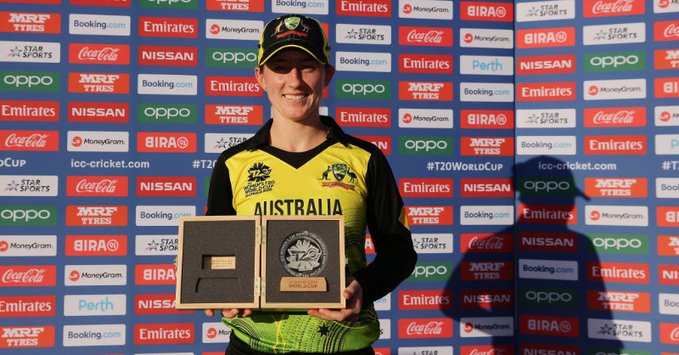 On Monday at W.A.C.A. Ground, Sri Lanka women team won the toss and chose bat first. But the batsmen unable to gave the good start to the team as they lose 1st wicket without scoring a run. But Chamari (50) scored a half-century and played a captaincy inning. With the help of chamari’s inning, Sri Lanka set the target of 123 runs for Australia.

Whereas, Australia also lost the first 3 wickets quickly at just 10 runs in chasing the score. But Captain Mag Lanning (41)* and Rachael Haynes (60) scored 95 runs together for the 4th wicket which helped the Australian team to reach the target. With the help of this partnership, Australia won the match by 5 wickets with the 3 balls remaining in hand.